With a collection of leathery gloved bronze hands Ebbe Stub Wittrup activates a vocabulary that can only be conveyed by hand signs. With support from the New Carlsberg Foundation, the installation now becomes part of the art museum Randers Kunstmuseum’s collection of Danish contemporary art. 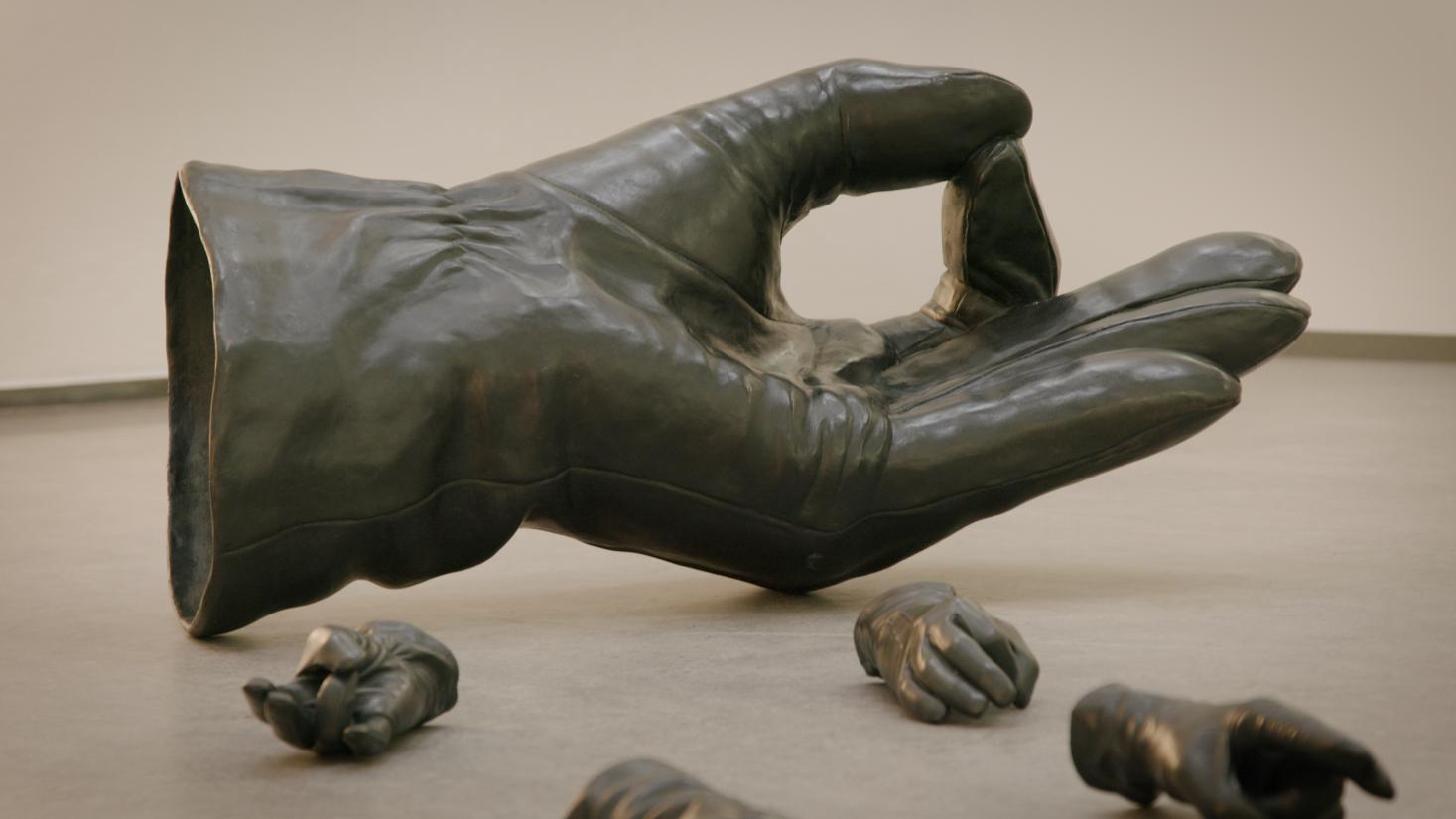 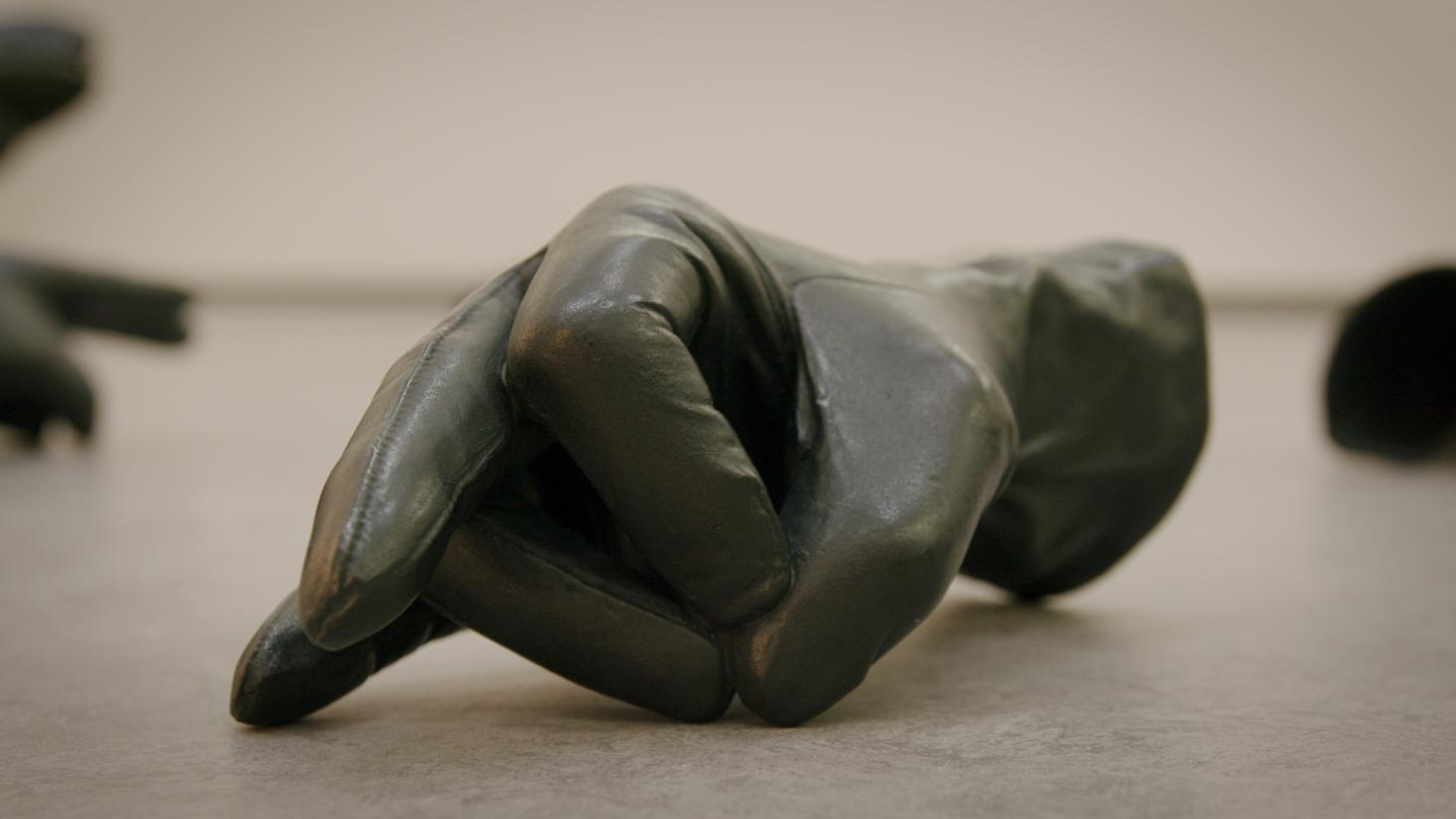 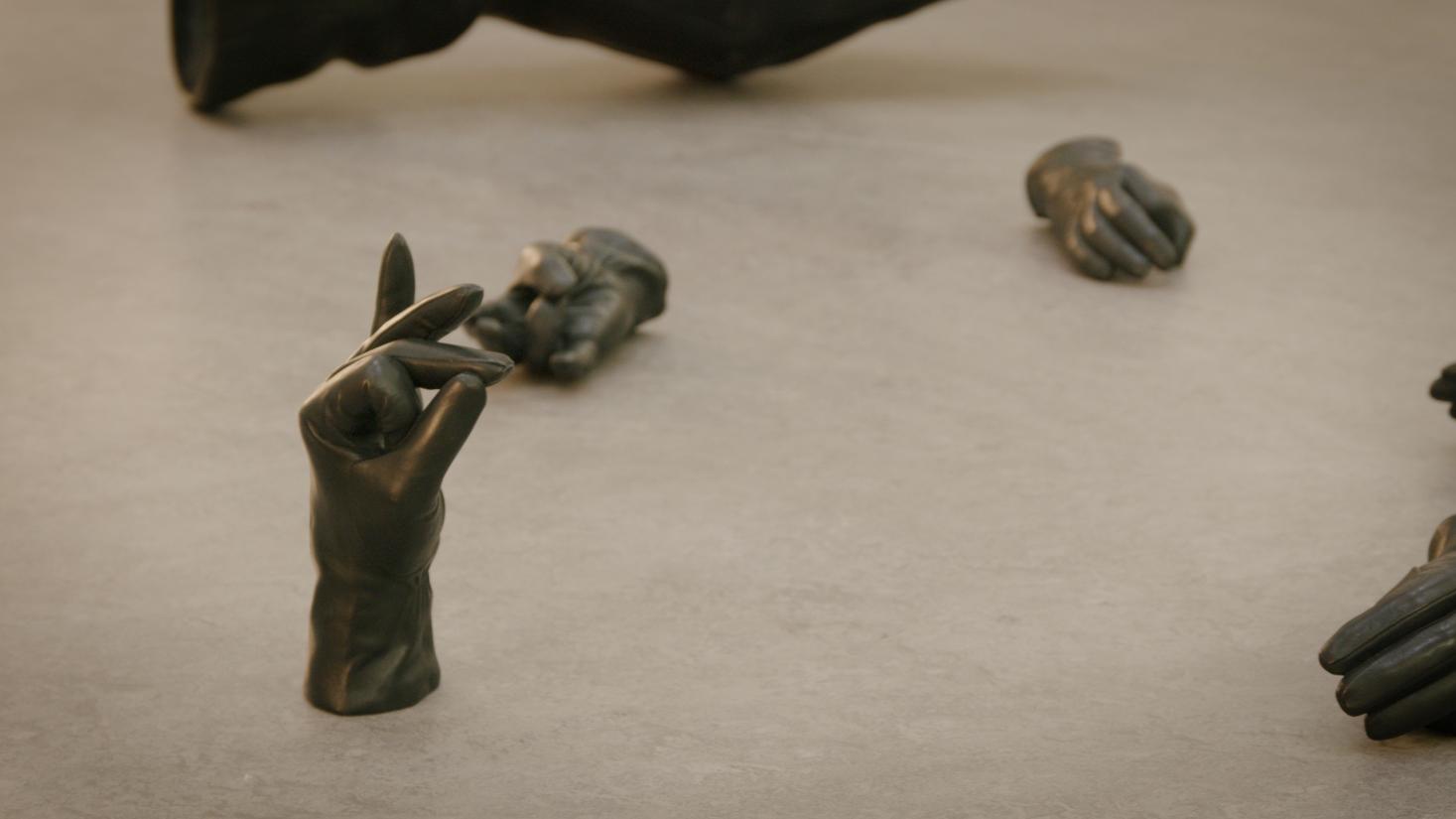 Wittrup’s works often have an enigmatic expression. And with its black hand signs, his Twenty-Four Characters is positively mystifying. It consists of 24 small and 2 large gloved hands, cast in black patinated bronze, scattered across the floor. We have no way of deciphering the specific message conveyed by the hands. Associated with the mythology of India, these hand signs are also known as mudrãs. Together, the characters make up a distinct language that we cannot immediately understand.

In an Indian context, hand signs were particularly useful while India was under British rule, as it provided a language for the colonized to use that the colonial rulers were unable to decode. In that sense, we are now all in the same situation as the former colonial power – incapable of decoding or reading what we see. All we know is that the hand signs represents a silent vocabulary based on its own local language. In Wittrup’s interpretation, the hands wear gloves, a feature that almost seems to camouflage the signs. Or Europeanize them. Similarly, the bronze itself is disguised, to the point where it could almost pass for leather. Thus, the installation addresses the issues of power and counter-power as well as history’s ongoing negotiations about cultural identity and ownership. Wittrup positions the hand signs in a postcolonialist world by reproducing them as bronze casts. The 26 signs lie scattered across the floor, detached from their cultural and spiritual context.

The casts were created in collaboration with Randers Handsker (Randers Gloves), which is one of the oldest glove manufacturers in the world. For more than two centuries, the city has had glove making as one of its main occupations, and Wittrup based the two large gloves on one of the classic models from Randers Handsker. The small gloves are based on photographic representations of gloved hands forming various hand signs, which were scanned and then enlarged by 30%. The piece, which now finds a permanent home at Randers Kunstmuseum, thus already has a strong connection to the city of Randers.

Ebbe Stub Wittrup (b. 1973) lives and works in Copenhagen. He graduated from the Academy of Fine Arts in Prague in 1999. His practice includes a wide variety of media, but he is known in particular for his photographic work. He has held a series of solo exhibitions in Denmark, including at Copenhagen Contemporary, Gl. Holtegaard, ARoS and Overgaden Institut for Samtidskunst (Overgaden Institute for Contemporary Art), as well as abroad, including at Kunstverein Braunschweig in Germany and Kunsthalle São Paulo in Brazil. In 2010 he was awarded the Danish Arts Foundation’s three-year working grant. 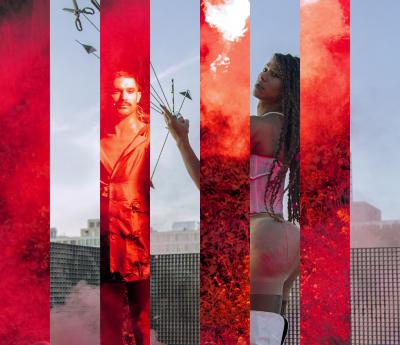 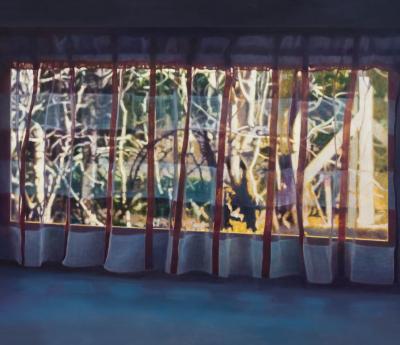 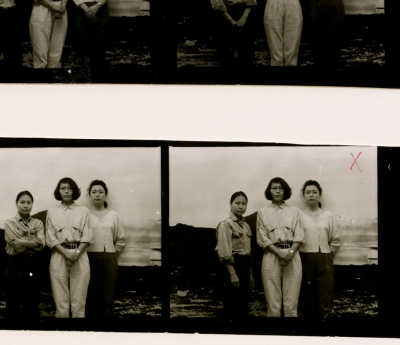 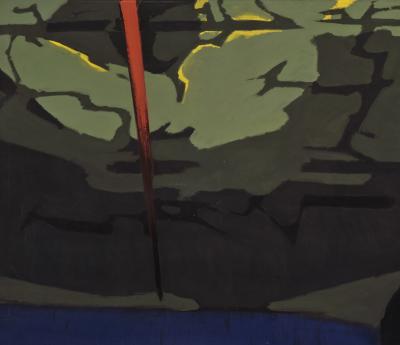