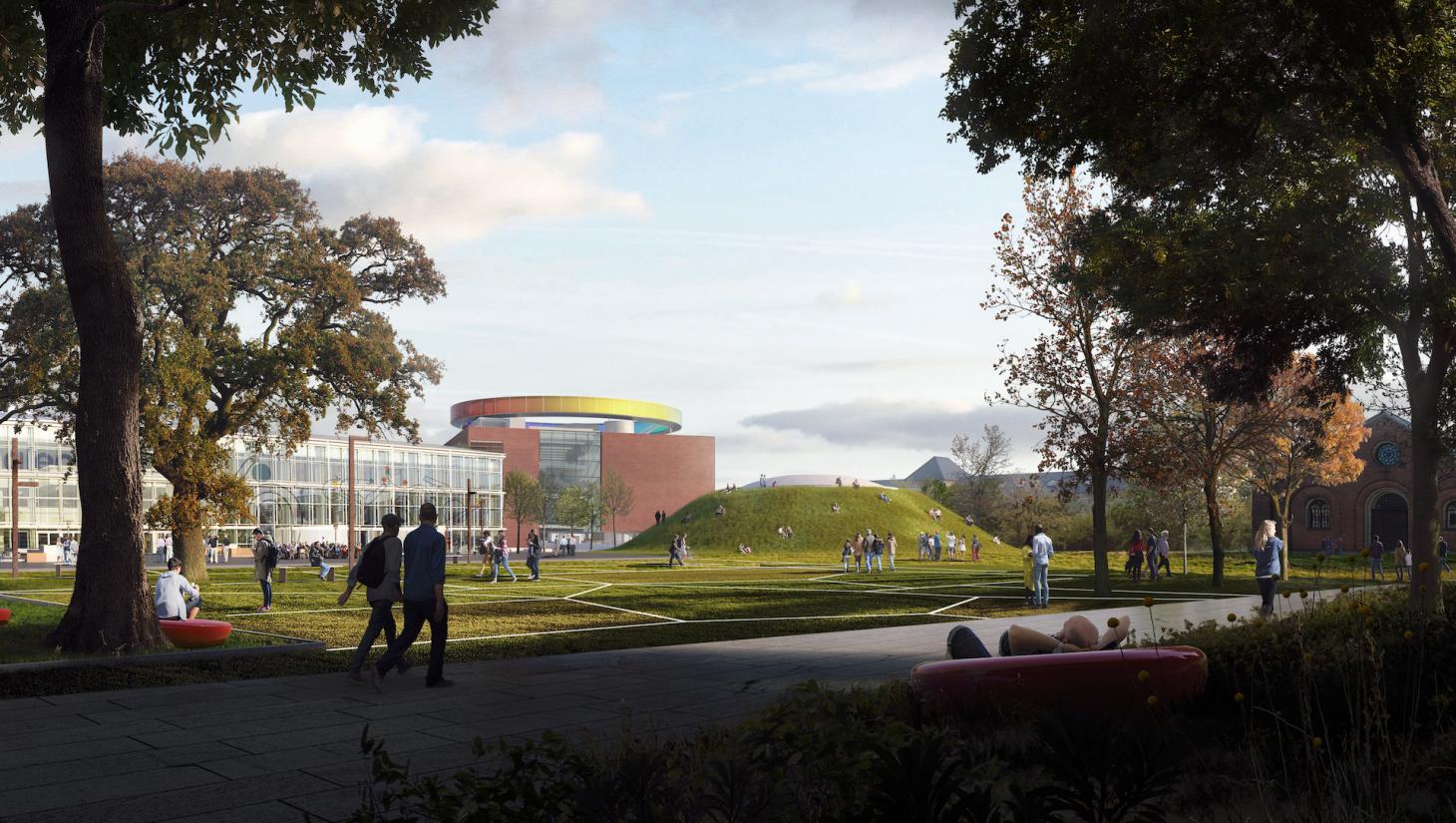 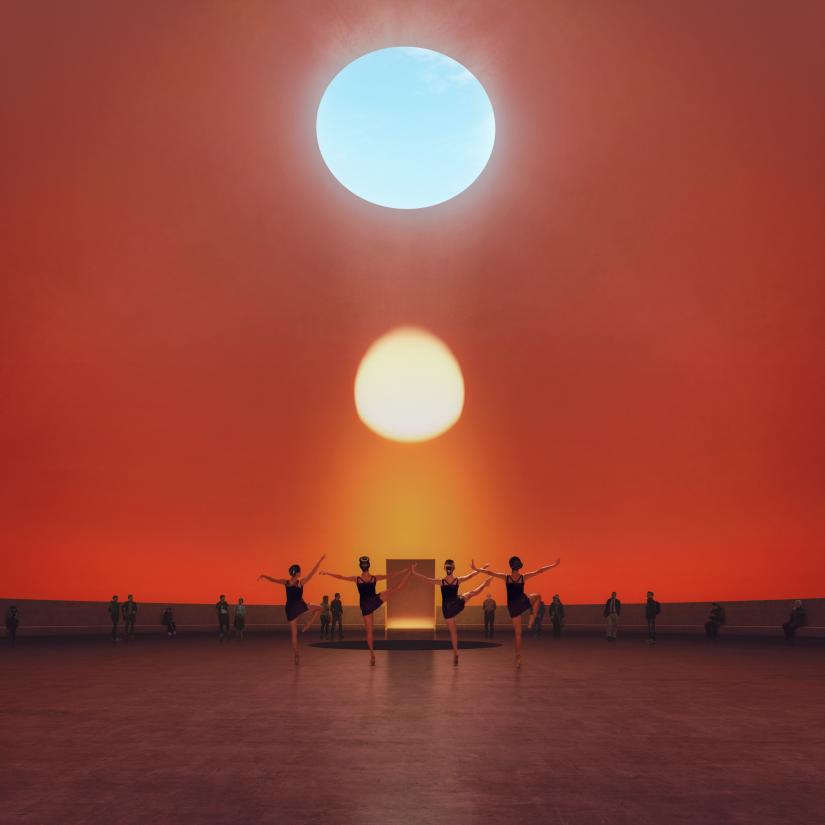 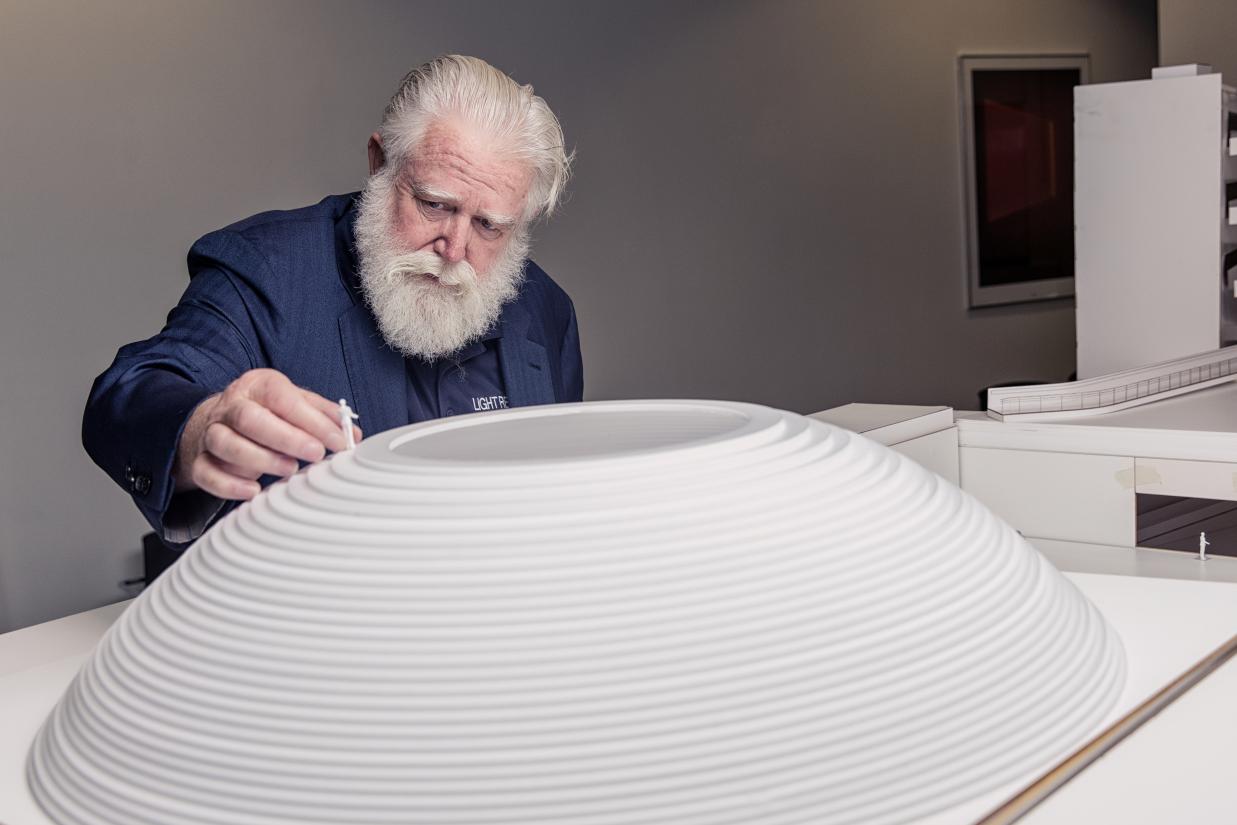 The Next Level is the title of the future extension of ARoS, developed in collaboration with Schmidt Hammer Lassen Architects. The project, which is now fully financed and has been approved by the City of Aarhus, consists of multiple components. Principal among them is James Turrell’s huge work of art The Dome. With a ceiling height of 15 metres, a diameter of 40 metres and a glimpse of the infinite firmament above, The Dome offers a unique art experience. As part of the project, ARoS also adds a subterranean exhibition gallery of 1000 square metres and The Annual ARoS Pavilion, a recurring and variable venue to host the museum’s new live formats.

Many actors in play

The total cost of the project is estimated at just under DKK 200 million, covered by a donation from Købmand Herman Sallings Fond of DKK 80 million, a donation from the New Carlsberg Foundation of DKK 40 million and an anonymous donation of DKK 10 million. The remainder is covered by the City of Aarhus and ARoS itself. Construction takes place in cooperation with the City’s Department of Culture and Citizens’ Services.

‘We have worked hard to realize this ambitious expansion of the museum, so we are very grateful for the support the project is receiving, both economically and politically,’ says the director of ARoS, Erlend G. Høyersten.

Since the 1960s, the American artist James Turrell (b. 1943) has worked with light, colours and spatial installations. A trained psychologist, he has also studied mathematics, geology and astronomy. His often very large works characteristically envelop their audience by means of light and colour effects controlled by the artist. Turrell’s best-known piece is Roden Crater – an extinct volcano in the Painted Desert region of Northern Arizona that is the world’s biggest work of art. He bought the 400,000-year-old and 3-kilometre-wide crater in 1979 and has turned it into a lifelong artistic project with a huge observatory where visitors can study the varying qualities of light in the sky over the course of the day and night.

The New Carlsberg Foundation observes and complies with the authorities’ instructions and recommendations for private companies. More information for the foundation's cooperation partners.