Tony Matelli’s works are not easily forgotten. They are often unsettling or comical, not least when he takes on the classical bust. With support from the New Carlsberg Foundation, Museum Salling has now acquired Bust (Peppers), made from pebbles and cement, adorned with hyperrealist bronze capsicums. 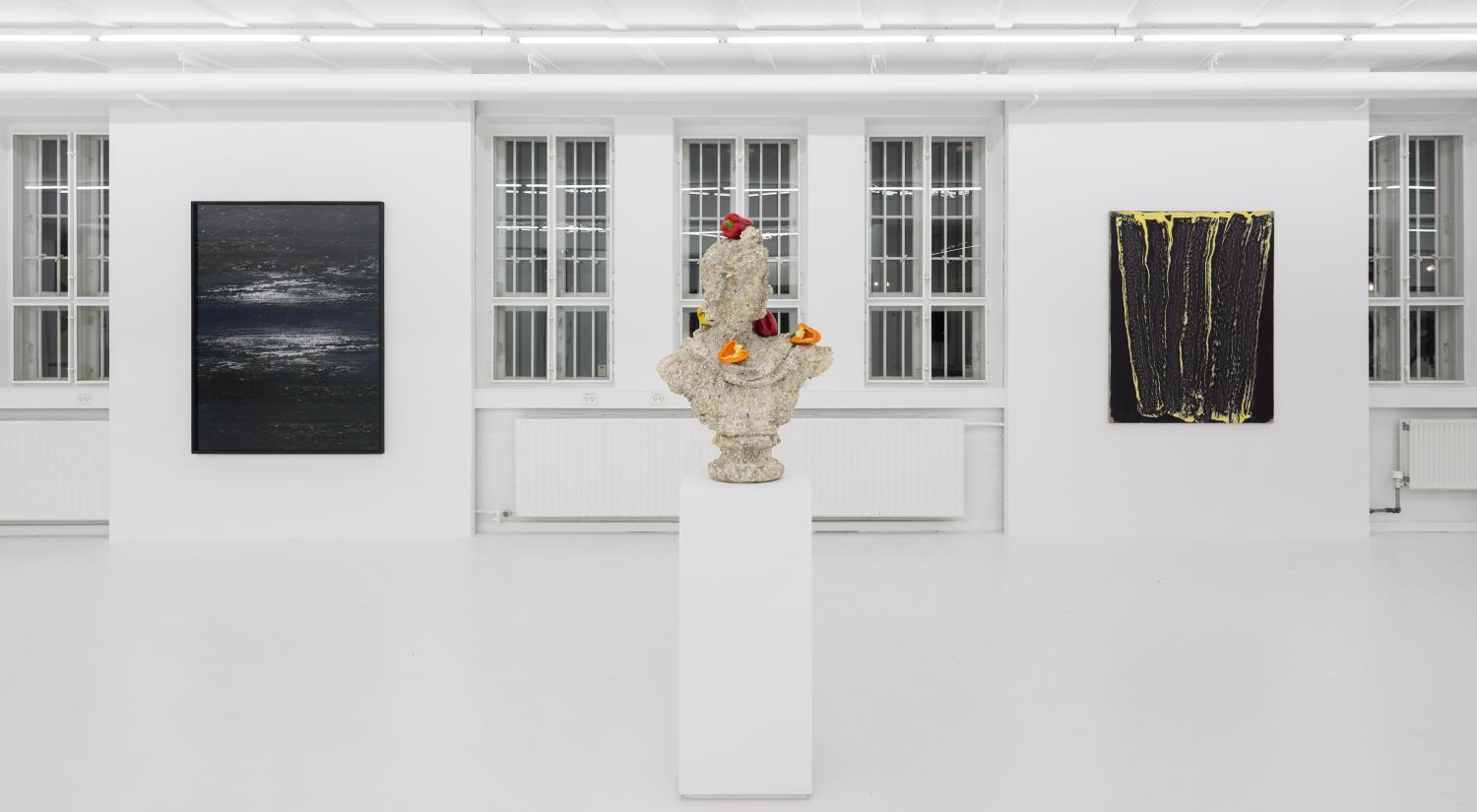 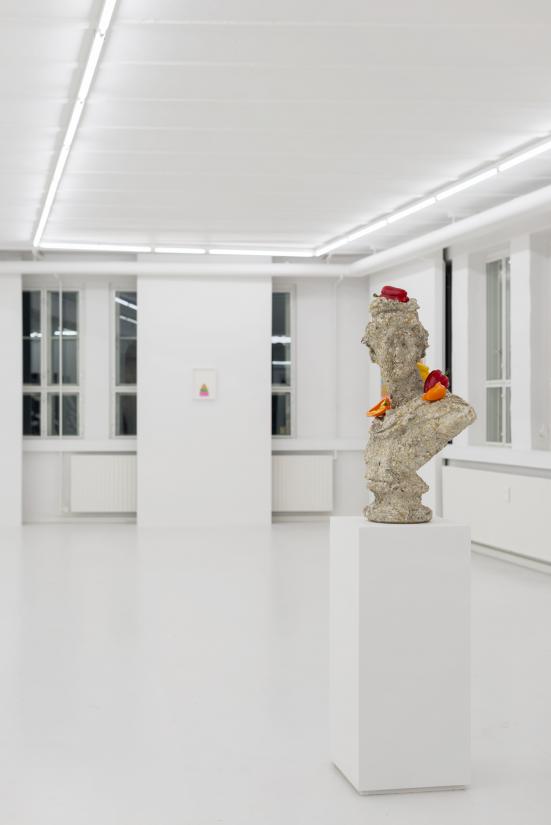 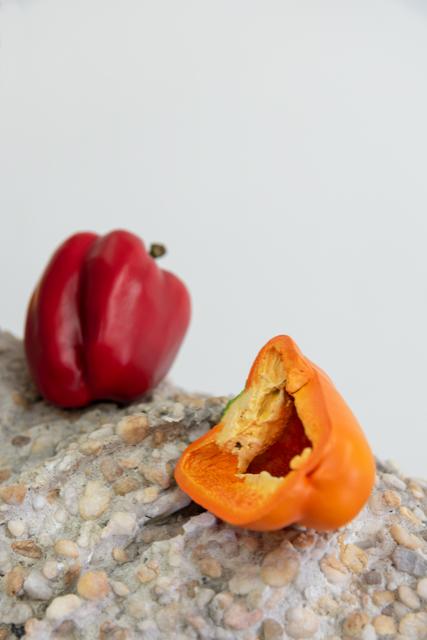 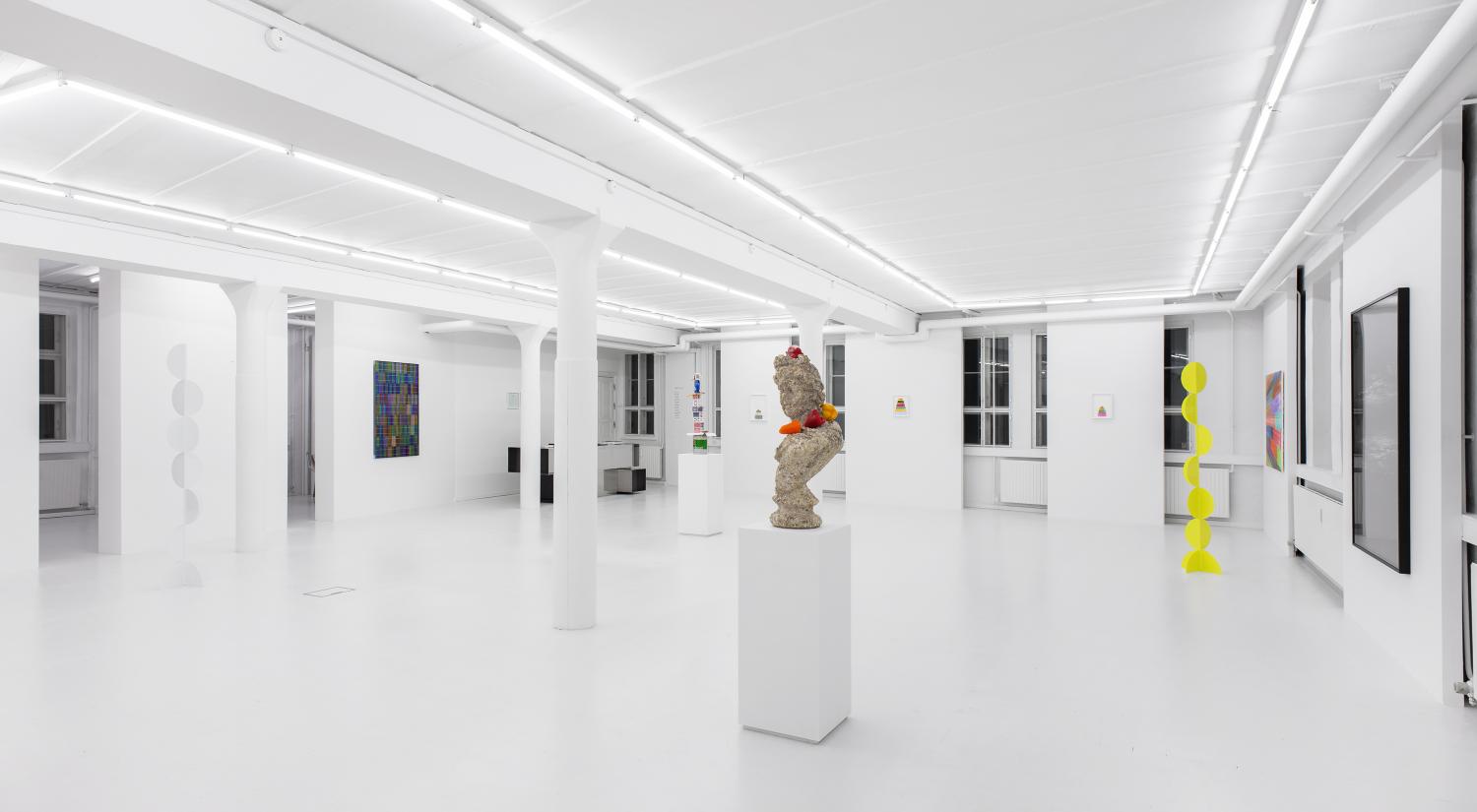 As suggested by the title, Bust (Peppers) is a bust with five red and yellow capsicums placed on the figure’s shoulder, neck and head. The bust has clear references to classical sculpture from antiquity with a hint of fabric draped over one shoulder. The laurel wreath on the figure’s head is evocative of the Roman Empire.

The bust clearly stands out from its classical ancient inspiration, both, obviously, due to the oddly positioned capsicums and due to its material. Made of pebbles and cement, it has an undefinable light greyish brown colour and a coarse surface. The lines of the body and the clothing are blurred, as are the facial features. It is difficult to identify who the portrayed person is, and we must assume that the bust is not a depiction of any specific individual.

The hyperrealist capsicums are in stark contrast to the peculiar bust. They are cast in bronze, a much more valuable material than pebbles and cement. Subsequently, they have been painted with such painstaking care that they almost seem real. This brings out an intriguing interaction in the contrasts between the two types of materials and the two depicted topics.

Museum Salling is the only Danish museum to specialize in neorealist art, a movement to which Matelli’s sculpture belongs. A common feature of neorealist art is that it revolves around or questions ‘reality’. In the neorealist works of art objects, colours, lighting and other aspects are often imbued with symbolic meaning and evoke an evocative atmosphere that causes the viewer to linger in front of the piece and invites reflection.

Museum Salling has a rich collection of neorealist art, but the movement is mainly represented by Danish artists. Matelli is a leading exponent of neorealism in the international art scene. In addition to Bust (Peppers), Museum Salling owns two other works by Matelli: Yesterday (2010) and Weed #452 (2018).

Tony Matelli (b. 1971) lives and works in Brooklyn, New York. He has exhibited widely, including at the Venice Biennale, Palais de Tokyo and Künstlerhaus Bethanien. He is represented in such collections as FLAG Art Foundation in New York, Fundación la Caixa in Madrid, Bonniers Konsthall in Stockholm and Arken and ARoS in Denmark. Matelli works with a wide range of topics that includes both figurative and abstract forms. He works with the medium of sculpture, but not in a classical sense. This is evident in his Weed series, for example, where tiny painted bronze sculptures with a hyperrealist resemblance to weeds seem to sprout from the gallery floor. 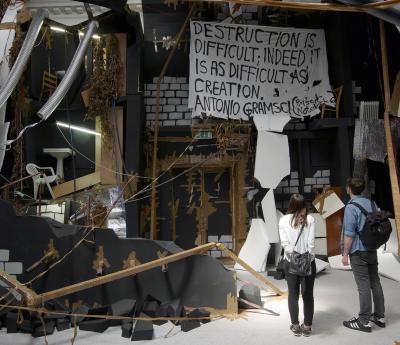 When Kunstforeningen Gl. Strand reopens after the Covid shutdown, it will be in a somewhat different form. With the exhibition ‘Community of Fragments’ Thomas Hirschhorn has created a large site-specific installation that extends over two floors. The New Carlsberg Foundation supports the exhibition publication. 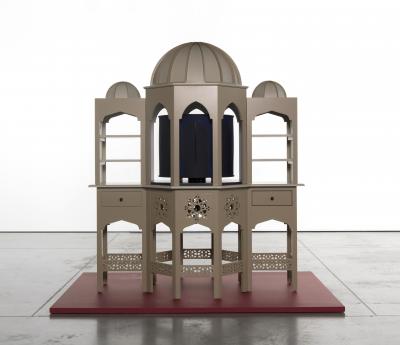 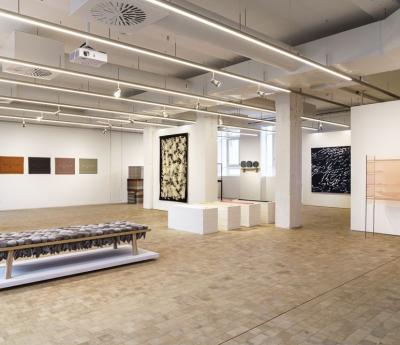 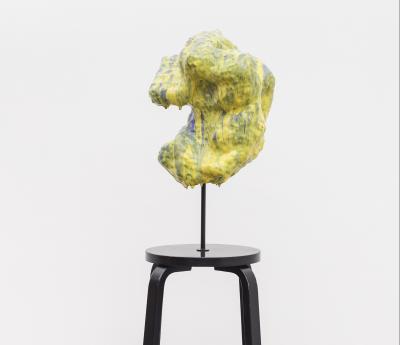